This stage was completed by a professional - Neighbour Robert of Sawyer's Tree Service.

We had wanted to use someone local, and you can't get more local than the guy who lives on the property immediately next to yours!

The goal for 2020 and Phase II was to remove the large stumps from the area where The Little House will go. We knew it would be a big job, so it was nice to get it done well before the start of construction (2022), which would also allow the ground to settle in the area where they were removed.

Gavin and Robert stayed in touch through the spring. The large amount of brush and plan for what to do with it was a constant source of frustration. The original plan was to burn the majority of it. However, shortly after we left the island in March, a fire ban was implemented due to the dry weather they had. A bunch of ideas were thrown around about what to do with it: trucking it offsite, chipping it, combining it with soil into a berm, putting it in the garden area to decompose, etc.

Robert got started on Phase II around mid-May 2020, focusing on clearing around The Little House. He spent about a day removing small stumps (some from Phase I), cutting trees and clearing them.

Harry and Janyce went to the property at the end of May. It was a dual purpose trip: "steal" some firewood and talk to Robert. Harry let Robert know that we had an area southeast of the buildings where we are thinking about having a garden and we thought this may be a good place to put the brush. Putting it in the garden area would help increase the amount of nutrients in the area, as there is very little topsoil with sands and gravel underneath.

After meeting with Robert, Harry reported back to us that Robert thought the location would work great. He was excited about the location and that we approved clearing 5 maple trees in between the The Little House and the future garden area. Removing these trees would mean he could access the garden area without having to drive his machine onto the road while moving each load of brush. This would make the job a lot safer, easier, and faster.

Harry also let us know that a few days before the meeting, Robert had his friend Darren (who designs and constructs septic systems) check out the property. Darren figured there were a few spots that would be conducive for the septic system and it would be easy to make the system work even if we have to import some material. Conveniently, the Rosewall Gravel Pit is located less than 3 km from the property.

Gavin received a call from Robert a few days later. He asked "do you mind if I cut out that big maple in the garden area?" Gavin let him know that would be fine (we had actually wanted him to do this at some point). Robert responded "Good because I'm looking at it right now, and about to start my chainsaw. I thought I would double check." A little later that day Gavin received a photo from Robert (see below). It was an exciting picture to receive because it was the first time we had a real perspective of what had been accomplished.

Besides the stumps and one remaining tree, the area for The Little House was cleared. Robert had done some great work!

The worst part about not living close to the property (and Covid going on) is that we can't just pop over to see the progress of the tree clearing. We are very thankful that Harry and Janyce live fairly close, so they can multi-task: go get firewood for themselves; meet with Robert to discuss the clearing; and take pictures for Sara, Michaël, Gavin, and Heather to get an idea of the progress.

In early June we got another update from Robert. His farmer friend Terry had removed all the remaining large stumps that were in the build area. This included a last minute addition, a moss covered maple tree on the edge of the driveway near the entrance to the property. He had also chipped up a lot of the tree debris that he hadn't moved to the garden area. He had decided to "[leave] the two maple trees nearest to the Large Fir for a couple of reasons, [he] thinks they deserve another look at this stage". This is an example of how great Robert is. He is an experienced tree feller and loves trees. So he does not have a problem giving us his input on trees he thinks we should not cut down. At some point he told Gavin that the Big Fir is the biggest he's seen in our area, so he is also interested in keeping it healthy.

This was when we started to realize that the "Big Cedar" we wanted to save wasn't the only impressive tree on the property. Now that other trees have been cleared we can get an idea of just how grande the Big Fir is. This is really obvious when you see pictures like the one below.

Later in June, Harry and Janyce went up to the property again to pick up some more firewood for their house. They planned to meet with Robert again on this trip because he wanted to discuss some stuff with them. At this point the majority of Phase II property clearing was finished.

Harry gave us an update on a number of things he noted on this visit:

Originally we did not think Sara and Michaël (plus Eloïse and Sam) would be able to make it out to the Island until 2021 because of Covid. But thankfully Covid in Canada has not gotten too bad, so we will all be out on Vancouver Island in the fall.

We are excited to be able to see all these changes in person, finalize the building locations, meet with Sara and Michaël's architect, meet with our builder, and (most importantly and for the first time ever) have all four of us on the property together!

Phase III Property Clearing will be focused on clearing the area for The Big House and will start once we have nailed down its location. As of right now, The Little House and the garage areas are pretty much cleared and ready to go, a pretty good start to our property clearing. 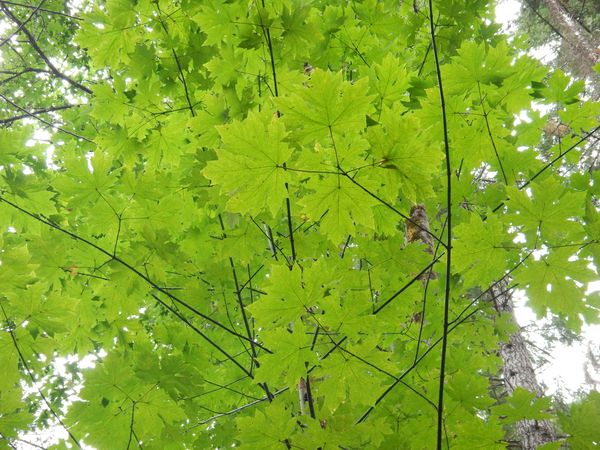 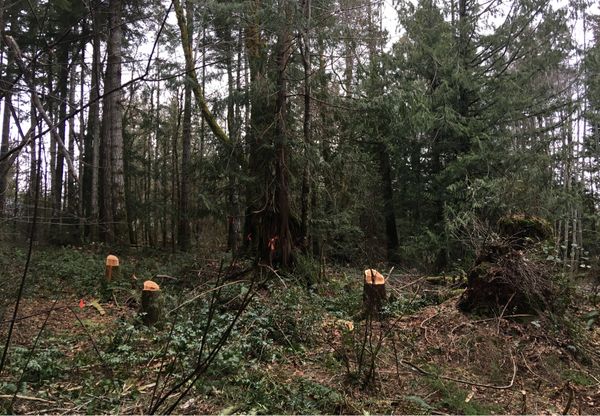 The tree clearing process officially kicked off in March 2020. Gavin, Heather, and Cousin Andrew (Gavin's cousin) drove out to Vancouver Island to get the property clearing started. The first night they crashed at Harry and Janyce's house in Nanaimo, and the following morning drove up to the West Coast 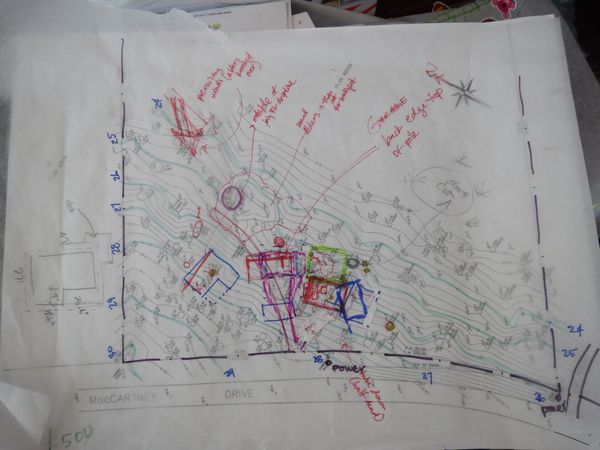 Only a few weeks after we bought the property we all spent Christmas in Canmore. One of the last nights, after Eloïse went to bed, the four of us sat down together to discuss the property layout. We drew a rough sketch of the layout for the two houses and